December 29, 2009  •  Leave a Comment
For Christmas, one of the gifts I received was Scott Kelby's "The Adobe Photoshop CS4 Book for Digital Photographers".  It's jammed packed with great tips on how to do everything from stack files in Adobe Bridge, to sharpening pictures the "professional" way.  Something new to this version vs the CS3 version I had prior is that he dedicates a chapter to HDR processing.  I learned a great new tip that I want to pass along to you.

Instead of creating the initial 32-bit HDR merged photo in Photomatix Pro, create it in Photoshop CS4 and then save it as an .hdr file.  Then do the tonemapping portion in Photomatix.

I wondered why he recommended this because I really couldn't find a justification as to why.  But, I think one of the reasons was because Adobe's alignment "engine" (for lack of a better term) is much better than Photomatix's.  For an example, I'll use a part of my Williamson County Courthouse and Tree shot that you can see on Flickr: 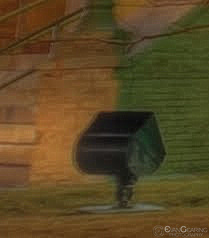 Shot 1 above is the shot after it was created in Photomatix and shot 2 below is the one created in Photoshop.  Check out the difference in alignment!  Most of my shots are like that toward the edges and it's been bugging me for quite a while.  I just can't get over how much better it is! 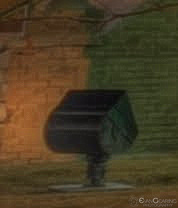 
However, I noticed that the colors in the shot created by Photoshop are not quite as vibrant, but I think that can be overcome with a little post-processing.  Also, there are some artifacts that are dealt with a little differently, but nothing that the normal post-processing won't take care of as well.  The only other downside is that it takes quite a bit longer for Photoshop to merge the shots than Photomatix, but the wait may certainly be worth it.  Scott Kelby is THE MAN!

I'm certainly happy I got this book and can't wait to try it on some new shots.  Now, to find the time and the place to get out and shoot.  Hmmm... Where to go...?
« Previous Post Next Post »