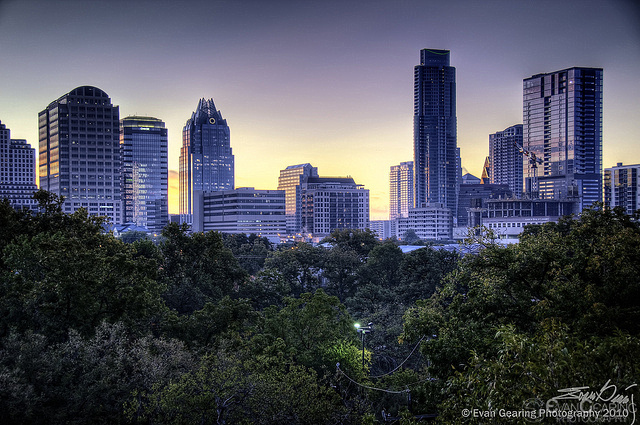 This is the shot I was after in my last post where I discovered a half '52 Chevy Deluxe. It's another one of my Parking Garage Views of downtown Austin.  This was on Henderson by Lamar and 9th.  It's always fun to try and find some good skyline shots that haven't been already published by other photographers.  At least I don't think this view has been shot by anyone else that I know of.  Let me know what you think and thanks for dropping by.

This shot was processed as usual.