May 16, 2010  •  Leave a Comment
This weekend was the big Austin Photo Expo 2010 here in Austin, Texas.  I decided to go yesterday just to see what it was all about.  I'd never been to anything like this for photography, but I had been to shows like this for work... computer geek stuff.  So, I expected photography geek stuff for this one and that's what I saw.  It wasn't quite as big as I expected, but it was pretty cool to go to nevertheless.  It was located in a building that used to be a shopping mall, but just didn't make it.  Part of it is torn down and the rest of it has now been segregated into different areas. One area was a dance studio, another area was the old skating rink left over from the mall days and yet another looked to be a giant beauty spa.  Lastly, in the back of the place were what looked to be meeting rooms that you would see if you were in a hotel or something.  That's where the expo was.  It took up about 5 or 6 of those meeting rooms.  One room had all of the big vendors, Nikon, Canon, Sigma, Tamron, and a whole slew of others.  However, the room wasn't REAL big, but yet there were a lot of people there, so it was kind of cramped.  The other rooms had different seminars going on; from glamour photography, to lens sales, to photoshop tips for landscape photography.  I tried to get into the last one, but it was standing room only.  I also wandered into the glamour photography one for a little bit.  It looked interesting especially with the pictures of the pretty women the instructor kept showing, but unfortunately I don't have the gear for this type of work, nor the interest.  But maybe someday.  Lots of cool stuff going on to say the least.

Well, as I walked around, the sales guy from Nik Software was making a presentation.  Now, I'm not trying to sell the stuff or anything like that, but after his presentation, I must say I think I've been doing everything all wrong for a long time.  I do use some of their stuff, the Color Efex package and the Sharpener package which work great.  However, I really didn't understand the U-Point technology built into it.  My friend and co-worker Van Sutherland let me borrow a book from Nik he bought called The Official Nik Software Image Enhancement Guide but I really didn't quite get what U-Point technology was about from the book. Now that I've seen it first hand from the sales guy, all I can say is WOW!  The stuff that software can do when one really knows what he is doing is simply incredible.  It really makes things easy.  It makes multi-step manipulation in Photoshop take one or two steps.  Here's an example:

One thing I've always wanted to do is isolate a color from a shot and make the rest black and white.  With Photoshop, you have to select that color with the magic wand or another section tool, feather it, make another layer of it, desaturate the layer beneath it merge the layers and then you are done.  Well, really that's quite easy.  But, with Nik's BW filter in Color Efex, when you have your shot open, click on the BW filter, put a negative control point on the color you want to keep and bingo, you are done!  You can see what I mean in the two pictures below: 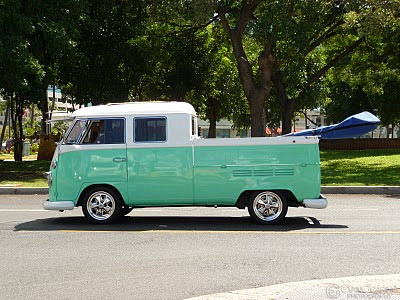 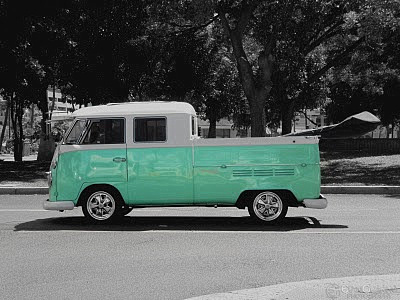 Holy crap that it easy!  That's just one example.  You can do that with everything they sell, from the noise-reduction tool to the color enhancement tool.  Now that I have a greater understanding of how it works, I feel I can take my game to another level, I hope.  Then the guy busted out what he could do with Viveza 2.  Let's just say, that's the next software I'm gonna have to get.  You can manipulate colors with that so easy without having to mask or anything.  You can make some colors darker while making others brighter, adding more pizzaz to the shot.  All using this U-Point technology.  It was really incredible seeing it in person. He took this picture with a blown out sky and brought out all of the colors of it with one click on the U-Point.  It's hard to describe with out seeing it for yourself, but I was blown away.  I should've bought everything on the spot as they had a pretty good deal going on, but I didn't have the cash for it at the time.  However, I will really have to get it sometime soon.  When I did get home, I got on Amazon and bought the book.  Since I've seen the stuff work, I'll have a better idea of what's going on in the book.

That's about it.  I don't think I'll change up my work-flow any time soon since I like the results I get from it. But now that I know how to be more selective with it, hopefully that will make my stuff that much better.

It was a productive day at the expo and I hope to go to more sometime soon.
« Previous Post Next Post »