January 14, 2011  •  Leave a Comment
One of my personal vows for the new year was to try some new photography techniques. Although I have done this sort of thing before, "street photography" has not really been my forte. I've tried it a couple times before with my Bongo Bangin' shot and my Dog Walkin' shot, but I didn't set out to do those at the time. This past Monday during my lunch hour, I decided to just focus on the street. I didn't come away with much except for this. This shot has an emotion to it that I tried to convey. Words are hard to describe what's seen here with the poor man eating stuff out of a trash can in front of a grocery store located next to a jeweler that's willing to buy gold. The irony and dichotomy is overwhelming. The only thing I wish I had for a scene such as this is better glass to make it as clear as possible. Other than that, I can only hope that this poor man has some sort of guardian angel because it looks like he's going through hell.  Oh, and did I mention that it was only in the 30s when I took this picture? 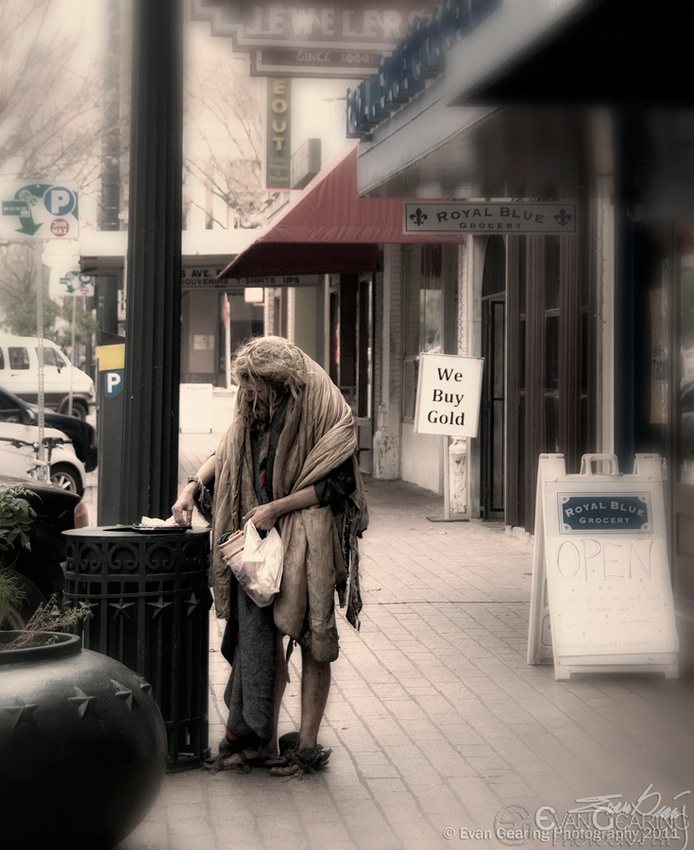