February 21, 2012  •  Leave a Comment
This morning I took the day off from work.  Yahoo!  Normal people would sleep in, but being that I like to take pictures of stuff, the best time to do that is either at sunrise or sunset.  Today I picked sunrise and my subject was the Pennybacker Bridge in Austin.  My reasoning for the morning shot was that most people who shoot the bridge do so in the evening.  I thought if I did it in the morning I would get a whole new aspect of it that most don't usually get.  I thought I would get the orange glow to the left of the bridge instead of the right during sunset that you see mostly in photos of this lovely bridge. Well, it turned out that I was right in that regard. As well as the light, I was able to get a different look. This morning there was fog all over the bridge so a new aspect was in the making.  However, the fog really hid the bridge.  I thought I had to pack it in and try another time.  But, just as the morning light was getting to that perfect time we call the "golden hour", the fog lifted over the near side of the bridge and I was able to fire off a few brackets before the fog socked it in again.  I probably didn't get the best angle for it, but I'm happy with it for the most part. 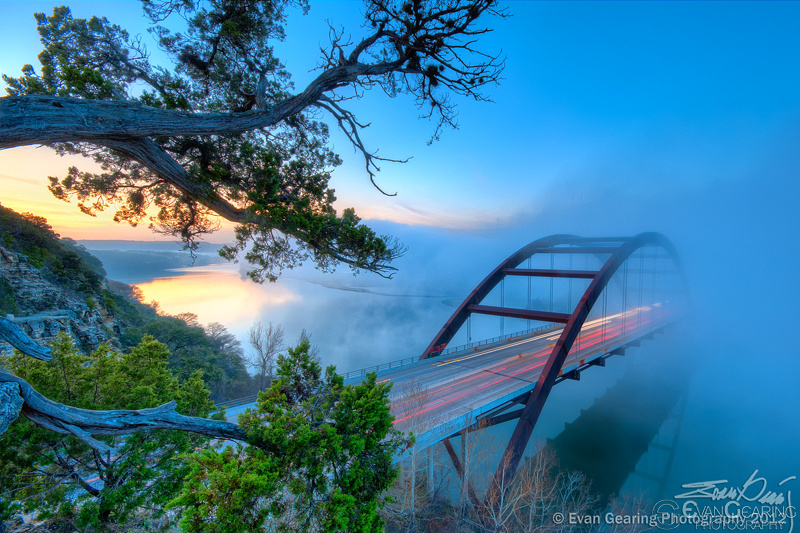