May 21, 2012  •  Leave a Comment
Last weekend I found a place out in the middle of nowhere called "The Kingsbury Aerodrome", home of the Pioneer Flight Museum. Actually it's located between San Marcos and Luling, TX.  Right, it IS in the middle of nowhere. Anyway, it's a cool little place that has about three airplane hangars with vintage bi-planes and tri-planes. When I was there, I really didn't see any museum, per se.  It seemed more like a place where aircraft enthusiasts hang out, work on their old planes and just shoot the breeze.  There's even an old grass landing strip so they can take their planes up when they like.  It was a fun place to visit. The one tri-plane I saw was a WWI-era Fokker, I think.  Sometime I'll post a shot of it. Then I found this plane.  I think it's a WWII-era training aircraft.  The make and model, I'm not too sure of, but I liked the chrome on it and thought I could get a good angle of the cockpits from the rear of the aircraft.  There were too many other distracting things around it, so close-ups were the mode of the day for this one.  I tried to be a little artsy, too by focusing on the rivets and leaving everything else in a nice bokeh.  Was it a good idea? 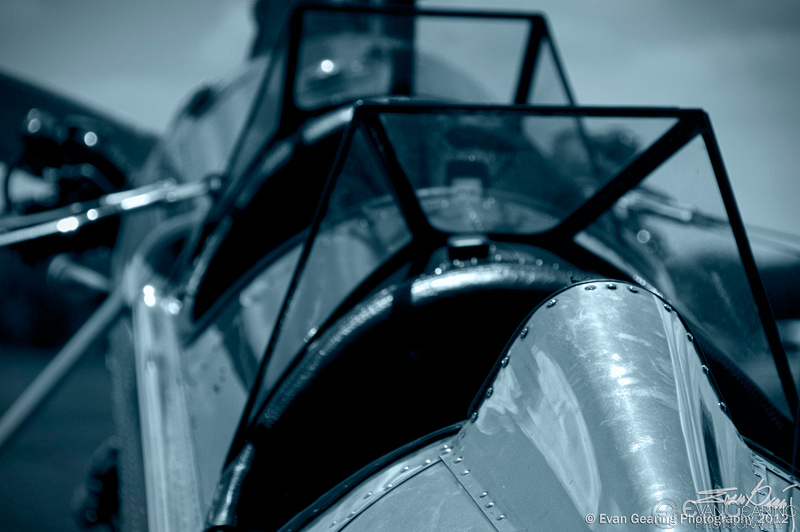