May 22, 2012  •  Leave a Comment
In my previous post I mentioned that I went to a place called the Kingsbury Aerodrome.  It's a little place in south central Texas to see some cool old airplanes.  Well, that same day, I took a trip to Skydive San Marcos.  I remember this place because it was relatively close to the Aerodrome and plus it's a place Eileen surprised me with for a birthday present a few years ago.  She bought me a tandem jump!  It was a blast by the way!  Anyway, it seemed like it might be a good place to get some fun action shots.  That was my thought anyway.  I did get a bunch of shots of divers coming in, but they just didn't have that certain something about them.  However, this shot stood out to me because it shows people on the ground just after their jump as well as a couple more coming in for a landing.  I kind of like seeing both of those portions of the total jump in one image.

As far as the photo goes, it's just a single raw converted in Adobe Camera Raw with a little bit of Nik's Color Efex treatments.  I used a graduated ND filter effect to darken the upper portion of the sky and then I used the Duplex filter on the grass to make it look a little less yellow.

How does it look to you? 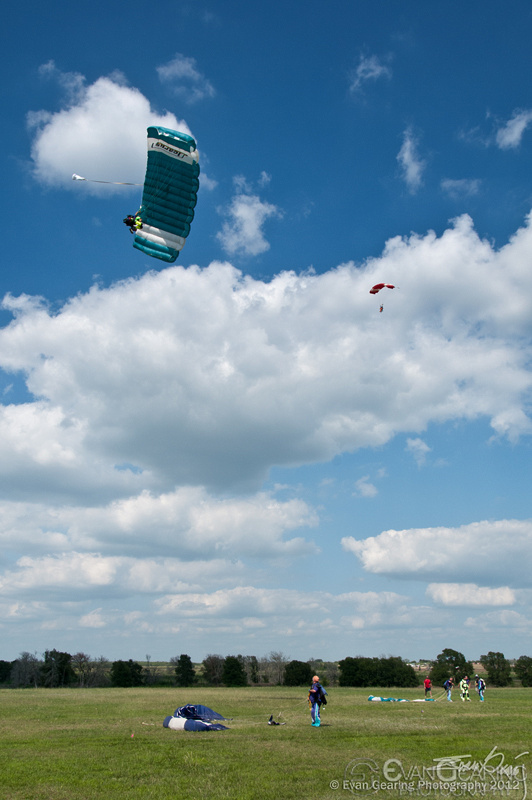