June 08, 2012  •  Leave a Comment
"And now for something completely different...", as they used to say on Monty Python.  This is a shot of Austin, Texas taken from Lou Neff Point at Zilker Park.  It's my version of an abstract.  You can see the buildings that make up the skyline of Austin such as the Frost Bank Building in the middle and the Austonian on the far right. I tried to make an abstract by moving the camera straight down after I hit the shutter and after a few attempts, this is the best of the lot.  Once I found the right one, I tried to process it to make it a little more interesting by emphasizing the lines of the buildings through a bold contrast.  I also tried to make the colors a little more interesting via the dark blue sky and the gold hue of the reflections from the buildings.  It's something different and as a photographer, I want to try different things.  Whether I succeed or not is up for debate. ;-) 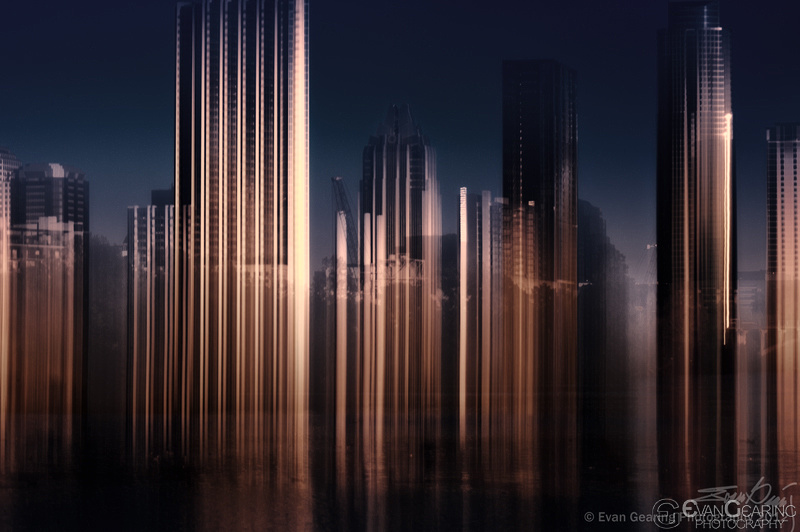