June 17, 2012  •  Leave a Comment
Oh to be rich and carefree.. If I was, I'd either drive or own one of these.  Is there a better car in the world than a Ferrari?  There may be comparable ones, but better would definitely be up for debate.

These cars are displayed at the Formula 1 Expo that took place at the Austin Convention Center here in Austin, TX.  You see, in November, Austin will host a Formula 1 race at the new "Circuit of the Americas", the only Formula 1 or "F1" track in the States!  It's pretty cool, I think.  There will be Ferraris, Lambourghinis, Lotuses, McLarens and all sorts of other cars competing in the race.  And to inaugurate the event, Austin held what they called the Formula 1 Expo this past weekend.  There were all kinds of F1 race cars on display as well as production cars that the makers I mentioned previously displayed as part of the event.  It was really cool to see all of those great European cars.  Americans make great cars, but the Europeans have a certain design and class that really stands out.

F1 racing holds a special place in my heart as well.  You see, today is Father's Day and one of the great memories I have of my Dad is that he took my brothers and I down to Detroit back in the early '80s to see an F1 race though the streets of Detroit.  It was awesome seeing those cars go so fast through downtown!  Plus, seeing the exotic teams such as John Player Special, Marlboro and others was totally awesome!  Little did I know that those were cigarette makers, but I digress (I knew Marlboro was, but not JPS, hehe)...  So, seeing the F1 Expo brought back a lot of memories, especially of my Dad, who's no longer with us.  He's in a better place now, and he's always in my heart.  I will never forget those days in Detroit or the other memories of the great man I call Dad.

Anyway, I hope you enjoy the shot and thanks for dropping by! 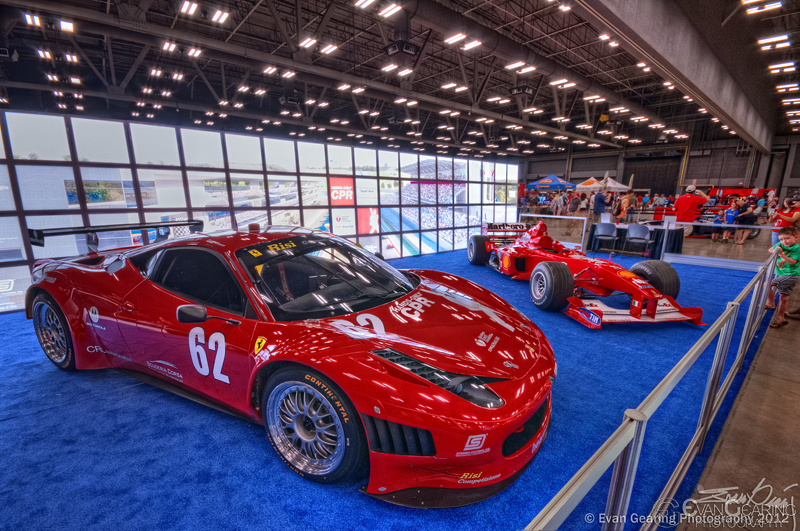