June 06, 2012  •  Leave a Comment
This here is another shot I took at the Pioneer Flight Museum located at the Kingsbury Aerodrome in Kingsbury, Texas.  It is a Fokker Dr.I Triplane.  According to the Pioneer Flight Museum's website, "The Fokker Dr.I was one of the most famous fighter planes of World War I due to its association with the feared German ace, Baron Manfred von Richthofen."  It's a cool looking plane up close and I bet it is a fun one to fly.  That's something I would like to learn, but it will probably have to happen in another lifetime.  Anyway, you can read more about it on the link.

As far as the picture goes, I took a few liberties with it.  It's an HDR of course (speaking of which, you should read my friend Dave Wilson's article entitled "Why HDR Sucks".  Awesome read...), and I tried to subdue some of the colors and fade it a little bit using various presets in Nik's Color Efex to give it a slightly dated/old look.  I also added a vignette to draw your eye to the aircraft.  Hope it worked.  Let me know what you think! 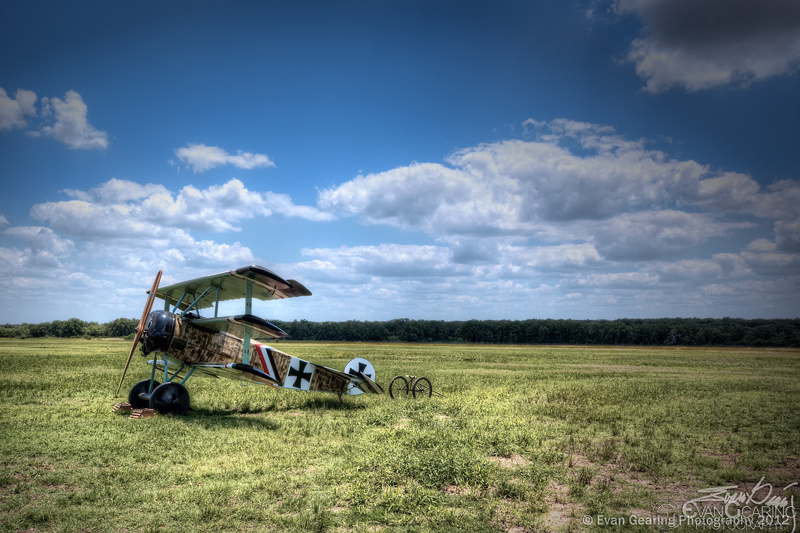