June 18, 2012  •  Leave a Comment
When I saw the Detroit Grand Prix Formula 1 race as a kid in the early 1980s, I was enamored with the John Player Special Lotus race car.  I'm not really sure why.  I didn't know JPS were cigarettes or anything like that. I didn't even know who the driver was and really didn't care.  I just liked the looks of the car.  As a matter of fact, I liked the looks of the race car so much that I actually bought a JPS windbreaker-style jacket from the race!  I thought it was so cool!  It was black with gold trim just like the car and had a big "John Player Special" patch on the back of it.  It was awesome!  "Members Only" be damned! ;-)

So, seeing this car at the Formula 1 Expo at the Austin Convention Center brought back a lot of memories.  I don't know if it's the same car I saw, but it is from that era. I also just noticed that it has the name "Mario" near the roll bar.  After a little Googling, apparently this is a 1979 Lotus that Mario Andretti drove.  Maybe that's why I liked it!  Anyway, I just had to get a shot of it! Now, to find a new jacket... 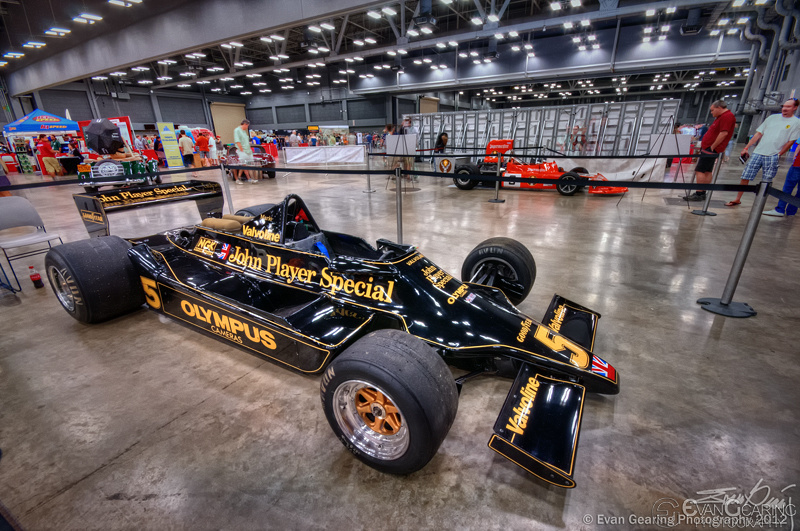