July 19, 2012  •  Leave a Comment
This is the time of year I dread.  It's mid-summer with August bearing down fast.  That means one thing, scorching heat!  July in Texas is normally one of the driest and hottest months of the year.  However, this year it's been the wettest and unusually cool, well below average cool anyway.  When the average temp of July is normally somewhere around 97 degrees, "unusually cool" doesn't really mean all that much.  It's still hot!  And August is the worst!  Now is when I start having visions of colder weather.  That made me think of the picture below.

I had taken this during our ski trip to Whistler, British Columbia a couple of years ago.  I was up on the mountain taking some shots that required my remote trigger cord and as I was walking around setting up for various shots (that you can see here if you wish), I accidentally fired off a few with the camera hanging around my neck.  This is one of the accidents.  I thought it turned out pretty nice!  I did a little tweaking on the colors and saturation as well as cropped it a little.

I also thought of this shot because we are planning a ski trip for this winter to Jackson Hole, WY!  So, my juices are flowing and I'm getting revved up about hitting the slopes!  And also of getting some new shots in the Grand Tetons mountain range!  It's gonna be great!

So if you are dreading the upcoming month of August much like I am, try to think cool and it might get over with quickly!  At least that's what I'm hoping for!

Anyway, I hope you enjoy the shot and thanks for dropping by! 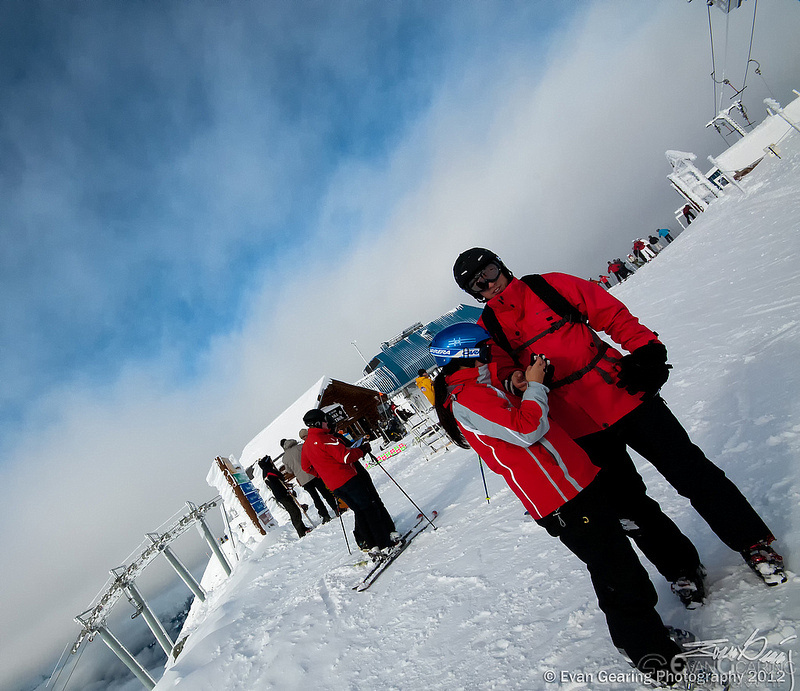