I got Lightroom for Christmas!  Woohoo!  It looks like a pretty powerful tool to say the least!  Luckily, I also got Scott Kelby's Lightroom 4 book to help figure this behemoth out!  So far so good!  However, there's one thing in his book that he does not really address and that's TIFF + JPGs.  You see, when I edit a photo, I like to save it as a TIFF, then watermark it and save it again as a JPG to put out on the web.  I keep the same file-name, but a new file gets created with the .jpg extension.  However, Lightroom wants to organize it so both the TIFF and JPG files are just one, meaning the JPG is a "sidecar" file or a TIFF + JPG.  I don't like this at all and I can't seem to find a way to turn this off, unless you do this during your import settings.  So, what I had to do was create a whole new folder just for jpgs and move the file in there with Windows Explorer and then import that.  There's got to be a better way than this?  Anyone out there have any ideas?

Here's a picture I took back in April of last year..  It's a shot of the Texas Capitol from the hill up on South Congress Ave.  I took it early in the morning so there wouldn't be much traffic, especially since I decided to take this in the middle of the road!  This is a companion to another shot I took where I had zoomed out a bit further... 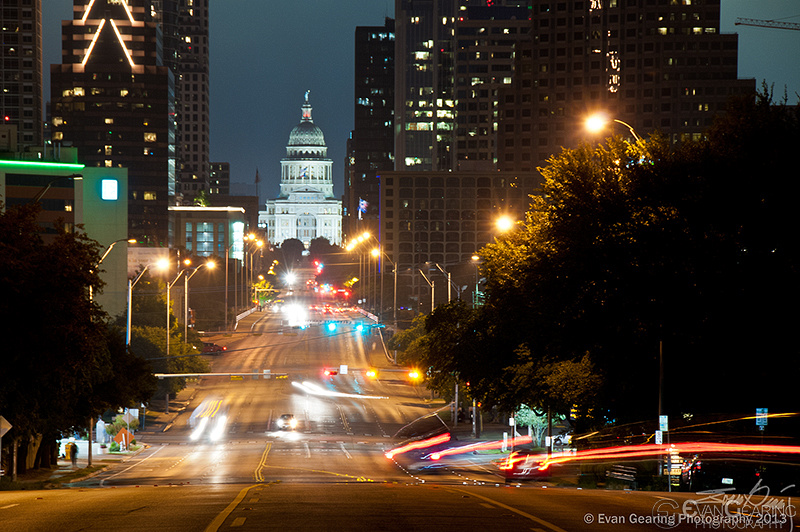