December 13, 2013  •  Leave a Comment
At the top of the Texas Capitol, there's is a statue known as the "Goddess of Liberty".  It was designed by a gentleman from Detroit named E.E.Myers back in 1888 and is said to be inspired by the statue at the top of the US Capitol.  This one here is just a replica of the original, but you can see the original at the Texas State History Museum if you're interested.  You can also read more about the statue here.

Speaking of liberty, I could get all political here and I really want to, but instead I will just say liberty does not seem to be the same anymore and that's not a good thing.

I took this shot the other day as I was leaving the capitol grounds.  You see, I went out there on my lunch hour with hopes of playing and practicing with a new 10-stop neutral density filter.  I figured some nice cloud streaks over the capitol would be a good place to start.  There were some wisps of clouds in the sky when I drove to the capitol, but by the time I got there they were pretty much gone.  So, not one to miss an opportunity to shoot anything, I took a few snaps of the grounds and this was one of the more unique shots I got.  I guess I'll have to try the ND filter another day.

This is a single shot raw file that I processed in ACR and Photoshop CC's black and white filter.  Then I just removed noise with Nik Dfine and sharpened with Nik Sharpener 2.

SO... Originally, I was just going to post the black and white shot directly below.  But, after letting it "cook" for a while, it just came off as being a little blah.  I loaded this shot into flickr at the same time I drafted up this post, so instead of processing it some more in Photoshop, I decided to see what flickr's Aviary editor could do.  I put this through their effect called "Avenue" and I kind of liked the aftermath.  That's the second shot below.  What do you think? It certainly added a little interest in my eyes as well as a little pop.  Maybe it is too much?  The goddess herself might be a little blown out, but I still kind of like it... 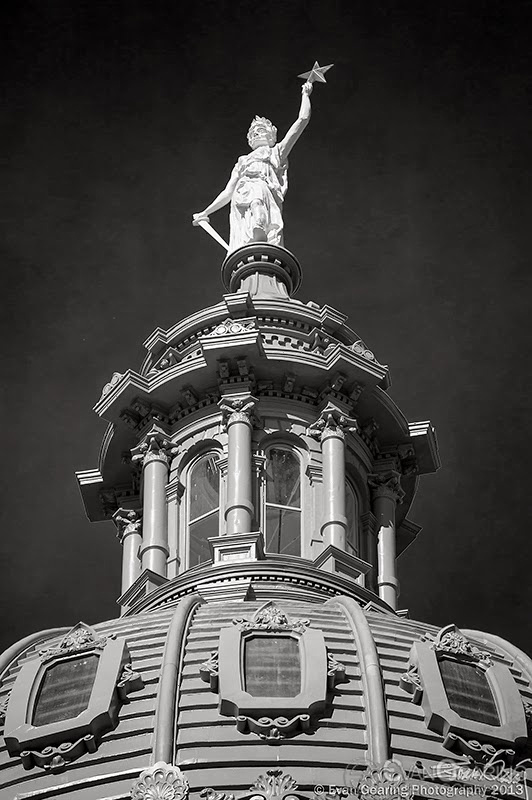 Above: Original black and white 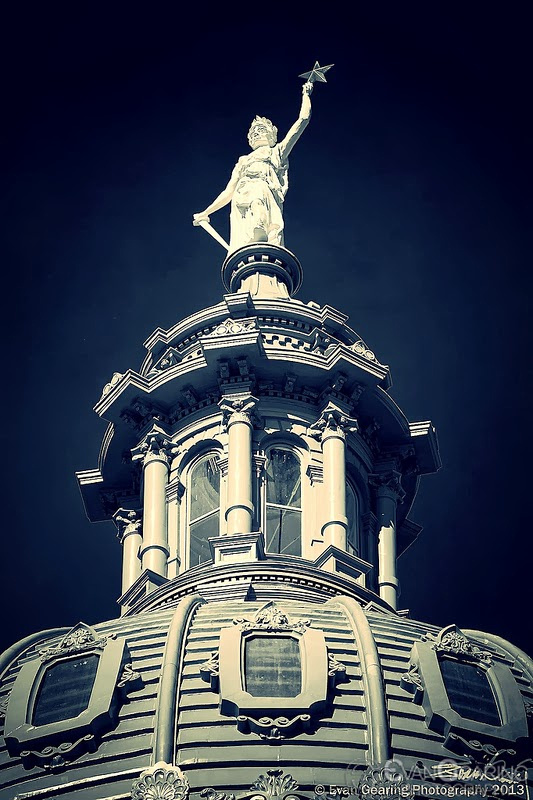 Above: Edited in Flickr's Aviary.