Another View From Butler Park

April 09, 2013  •  Leave a Comment
My previous post showed a view of the Austin skyline with portions of Butler Park included. But as I mentioned, it was hard to include portions of Butler Park from the top of the hill along with the Austin skyline due to the wonderful fitness classes going on. So, I had to make due and decided to zoom in on some of the more iconic buildings in order to not have people in spandex ruining the scene.  The shot shows a few of the bigger buildings in Austin..  From left you have the Frost Bank building (aka the nose hair trimmer, the owl),then you have the Austonian (the tallest building in the city), then there's the Ashton, 100 Congress and lastly, One Congress Plaza. 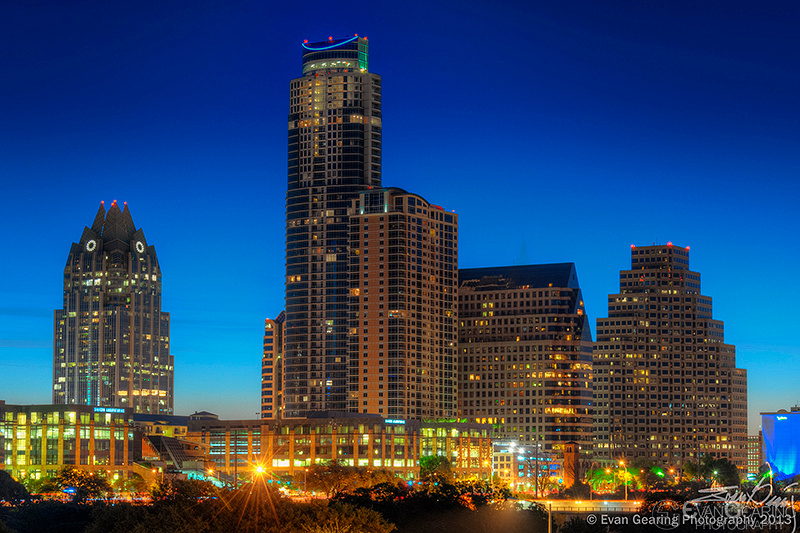