Food Trailers by the Chevron

Sorry, but I had to get this out there...  I heard this song on a commercial the other day and I just can't shake it.  I thought I'd share it because it's just so catchy!  I hated disco then and still hate it now, but this thing just grabs me for some reason. Granted, it's not totally disco, but it has a sort of disco beat to it. But beware, it's catchy and you might have the same problem as me as far as sleeping goes... None! ;-)  Click at your own risk! BTW... Is the lead singer's name "Sniff"? ;-)  "Driver's Seat, Driver's seat, yeahhh!!!"

Food Trailers by the Chevron

Austin has a plethora of food trailers.  They're everywhere.  It seems where ever there is a plot of land that isn't being used, someone pulls up with an Airstream or some other type of trailer and sets up a mini restaurant.  This place was right between the Holiday Inn and the Chevron gas station on the southbound frontage road of I-35.  Usually in the mornings these places don't have their lights on because they are closed, but this one did and I thought it might make a cool picture.  Speaking of lights, this court had those new LED-type lights strung across so they really did look white.  I prefer the incandescents, but this is the way of the world now, I guess. 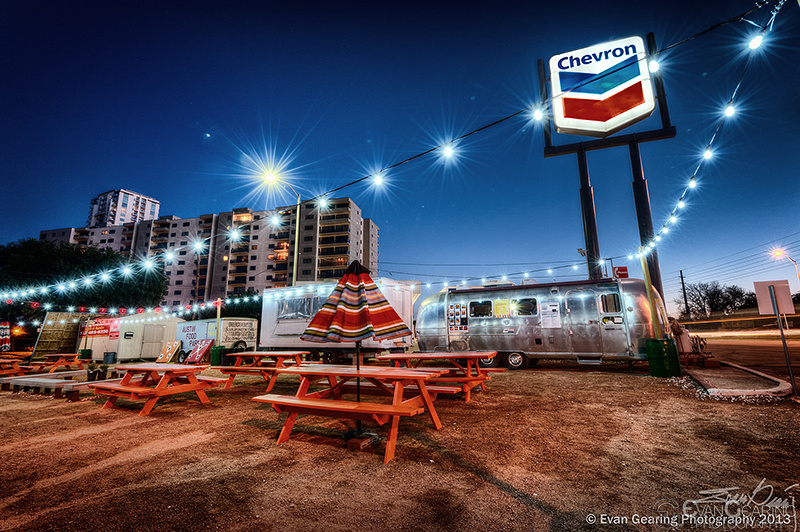