June 02, 2013  •  Leave a Comment
Austin's Auditorium Shores has one of the most iconic statues from the music world.  It's the Stevie Ray Vaughan statue, a tribute to one of the world's greatest guitarists.  He was killed in a helicopter accident in 1990 while flying away from a music festival in Wisconsin.  He used to call Austin home.

I like the statue because it really captured his face as well as a statue could.  I also like how the shadow portion of it is different, showing him playing the guitar while the main part of it has him standing and sort of leaning on the guitar.  OK, maybe not leaning on it as much as holding it up.  Anyway, as cool as it is, I think I would like to see a statue of Stevie actually playing the guitar with a pipe in his mouth ala this video of him in Tokyo while playing Scuttle Buttin'.  I think that would be awesome! 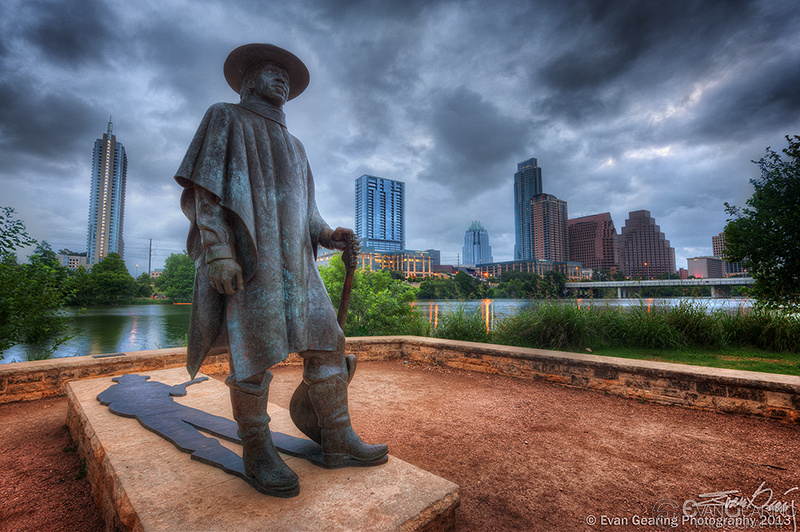