Busch Stadium from Above

October 16, 2014  •  Leave a Comment
Last Sunday afternoon we did a little pub crawl during the broadcasts of all the NFL games.  We went to a total of four places: Ozzie's Sports Bar and Grill, Over Under Bar and Grill, The Brewhouse Historical Sports Bar and The 360 Bar on the rooftop of the Hilton at the Ballpark.  All of the places were great in their own way, but the 360 rooftop bar had the best view of Busch Stadium.  It was the last stop on the crawl and was where I took this shot prior to game two of the NLCS between the Giants and the Cardinals.  We almost went to the game itself, but the weather was wet and misty and we would've had to buy scalped tickets, so we thought it prudent not to go after all.  Would've been fun thought, right? 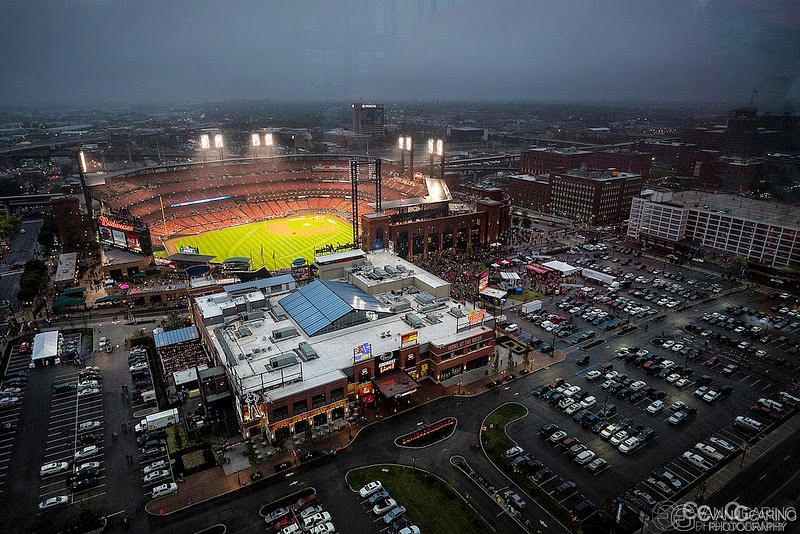