September 30, 2014  •  Leave a Comment
This shot shows some of the newer casino hotels on the Las Vegas Strip.  Paris is fairly new as that opened in September, 1999 and the Cosmopolitan opened in December, 2010.  Being that Vegas came to life officially on May 15th, 1905, these hotel-casinos are pretty new!

We've been to Paris and it's is pretty nice!  Great food and good shows!  However, we've never been to the  Cosmopolitan.  Maybe on the next visit!

As far as the shot goes, I tried to mute the colors a little to give a different feel.  Is it futuristic?  I'm not sure, but I liked how it turned out anyway.  Let me know what you think!  As always, click on the picture and you will see a larger, slightly better version.

Also, did you know you can get an email of my posts when they come out?  Just enter your email address on the right side of this site where is says "Follow by email" and wa-la!  You will get the posts in your email as they come out!  And, no, you will not get any spam from here!

Thanks, and stop by again! 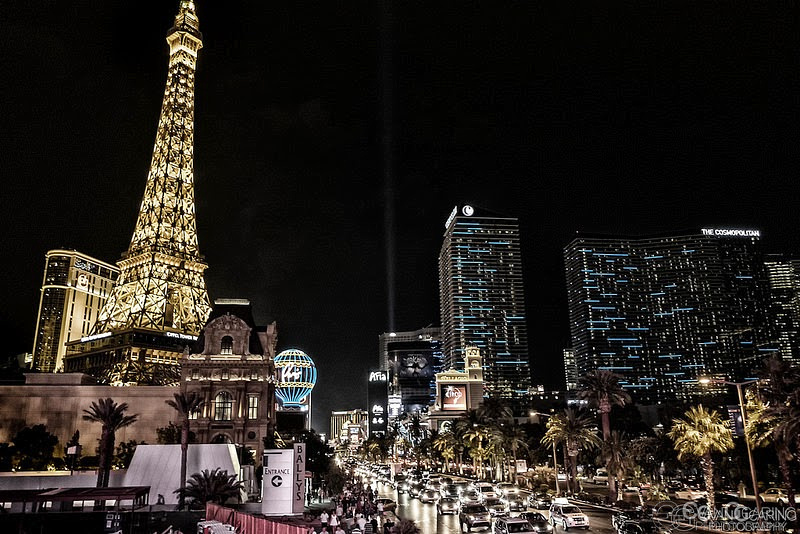