October 19, 2014  •  Leave a Comment
Rams fans are pretty much normal.  We've seen Saints fans and Seahawks fans and those people are crazy!  But when comes to the Rams, their fans are basically like the team.. So-so.  But, sitting in front of us to the right were this couple.  They had on these cool Rams hats and I thought it made for a cool picture!  This couple pretty much had a good time and yelled for their team as you can see.  But, as blah as most of the fans were, there was this one lady that sat behind us and to the left who screamed the whole game.  And when she screamed, it was this high-pitched blood-curdling type scream.  If her pitch was any higher, I think the lights would've blown out in the Edward Jones Dome! She screamed from the start of player introductions until the end of the game.  It was awful.  Maybe that's why we were able to get such good seats as we bought from a season-ticket holder and maybe that owner was tired of that loud lady...  She would be great for Halloween though! :-) 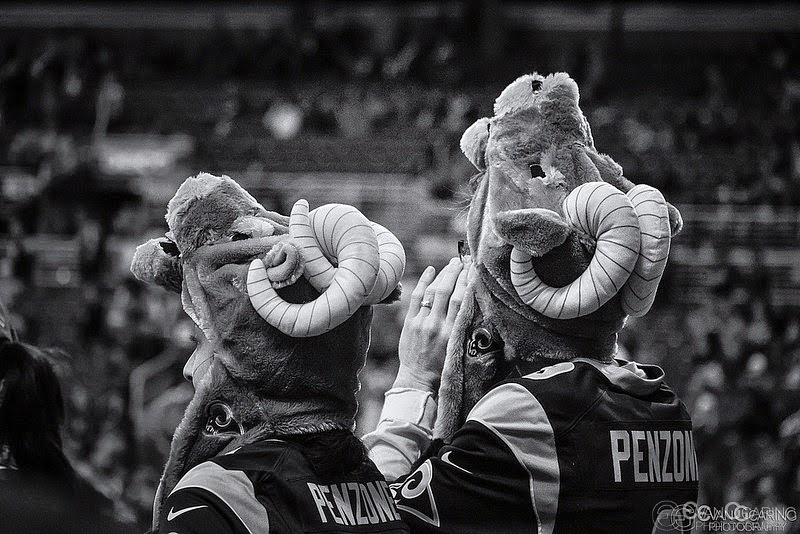