December 10, 2014  •  Leave a Comment
I went to a Lightroom seminar taught by Matt Kloskowski in San Antonio last Friday. I must say he was awesome! I learned a ton from that seminar, more than I did from the books I have. I think I learn more when I see someone put the program to use because I think I can get bored in those books rather quickly. And, Matt's teaching style is light and entertaining as well as informative. If you ever get a chance to go to one of his seminars, I highly recommend it!  The only thing now is that the seminar was part of KelbyOne and Matt no longer works for them. So, I'm not sure how many more he will do.

After the seminar, I went to a spot above the Riverwalk that I scoped out at lunch and took a bunch of long exposures to capture the boats moving around the corner under the pedestrian bridge. This time of year, everything including most of the boats are decorated with lights and they really make some cool streaks on the water when they are going by.  The boats themselves are not so much water taxis as they are tour boats. You can see a couple of them docked to the edge there. They are a little blurry because the water wasn't too still due to the other boats going by. But, at least you can get an idea of how they are decorated. Very fun to ride on if you like that sort of thing. 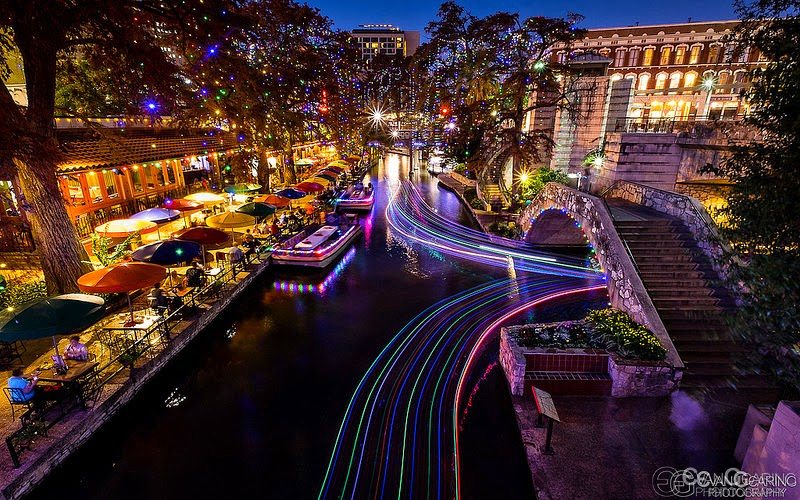