February 16, 2014  •  Leave a Comment
Last night we had this awesome full moon that appeared in a really clear sky.  I've never taken a shot of just the moon before so I thought I'd give it a try.  I don't have the right gear for shooting just the moon, but my 28-300mm lens might get something I suspected.  So, I put that on the camera, mounted the camera on the tripod and took a few shots.

The original had the moon quite small in it so I really cropped it down and this is the final result.  That and some adjustments in ACR and Nik's Viveza to bring out some of the detail did the trick!  Probably not the greatest shot of the moon ever, but I like the result and it was fun shooting it!  Wouldn't it be nice to have a 600 or 800mm lens to shoot it with? 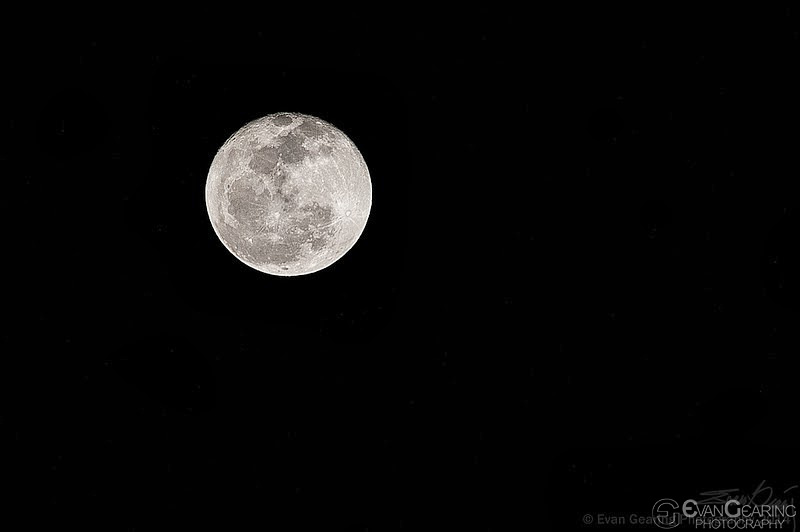