Kevin Durant Laying It Up

February 25, 2014  •  Leave a Comment
This past weekend we went up to Oklahoma City to catch the Thunder v LA Clippers game at Chesapeake Arena.  We had a great time and the company Eileen and I kept with our friends Ellen and Valerie was awesome as well!  The game was awesome, too, except for the final score.  The Thunder lost 125-117, but it was a close game pretty much the whole way through.  The arena is a great place to see a game!  The fans there are great and very into their team!

Our seats weren't the best, however.  We were way up near the top in one of the corners of the arena.  But with a good pair of binoculars, we could see quite a bit!  Plus, I had my little Sony point and shoot camera with a 16x zoom lens which allowed me to get the shot of Kevin Durant going in for a layup you see here.  Unfortunately, Chesapeake Arena has a policy forbidding "professional" type cameras like DSLRs and the like.  And, it appeared they enforced that rule because I didn't see anyone with and "fancy" camera such as a DSLR.  One always has to be careful about that. 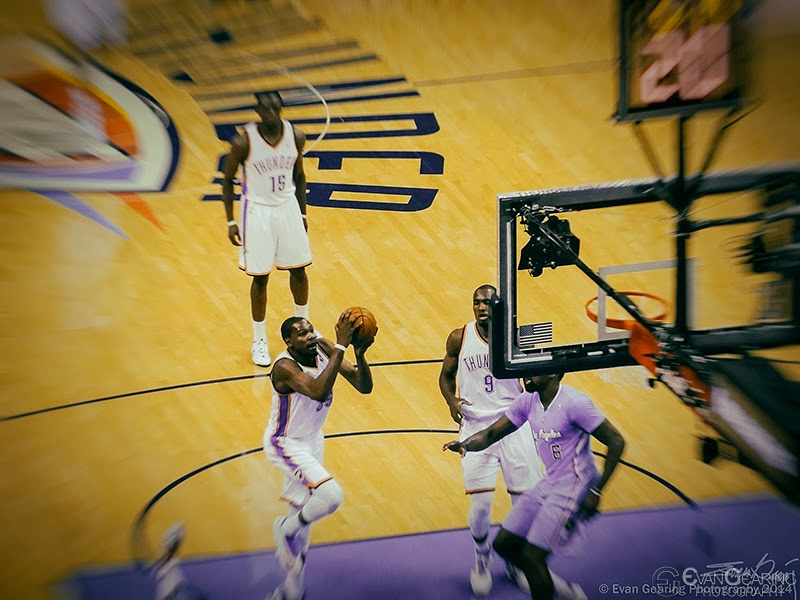