February 05, 2014  •  Leave a Comment
Well, NFL football as well as every other kind of football is over for another 6 months.  Bummer.  And Peyton Manning and the Denver Broncos got stomped by the Seattle Seahawks in Super Bowl XLVIII by a score of 43 - 8. Sigh.  Now it's the blahs of the year when it comes to sports. Another 6 months.  Plus this means it will start getting hot here in Texas soon. Oy.

Speaking of getting hot, we haven't been real hot for a long time down here.  Just like much of the rest of the country, it has been unusually cold this time of year.  Yes, it's supposed to be cold, but not like this. I mean, we've had two ice storms already and possibly a third tonight or Thurs night.  Hard to believe!  We usually only get one every 3 - 5 years or so.  Crazy!  So, I am looking forward to warmer weather, like when it's 75 - 85 degrees F, not the 105 - 110 degrees that we seem to get down in here during summer. So, where can one get a constant 75 - 85 degrees all year round..?

That's where this picture comes in...  I took this last year during our helicopter tour of Kauai.  This formation is known as "The Cathedrals" and is located on the Napali Coast of Kauai. 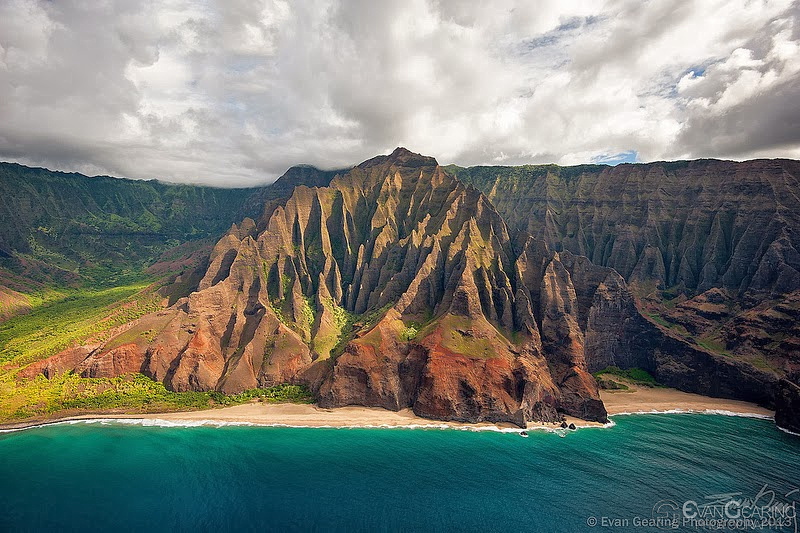