I spotted a blue jay sitting on our fence and I grabbed a few snaps of it quickly.  Those little guys don't stay in one place for too long so I had to act fast.  The one bad thing here is that I shot him through some window blinds so the bokeh in the background looks rather funny.  Otherwise I like the lens and the shot, for the most part.

Speaking of the shot, I cropped it down a bit, brightened the bird with Nik Viveza, added some lens vignetting with Nik Color Efex 4 and sharpened with Nik sharpener.  If you haven't guessed already, I really like that Nik suite of tools.  Oh and there was a big old branch with leaves above the bird that I removed with PS CC's content aware fill.  That's a nice little thing to have as well! 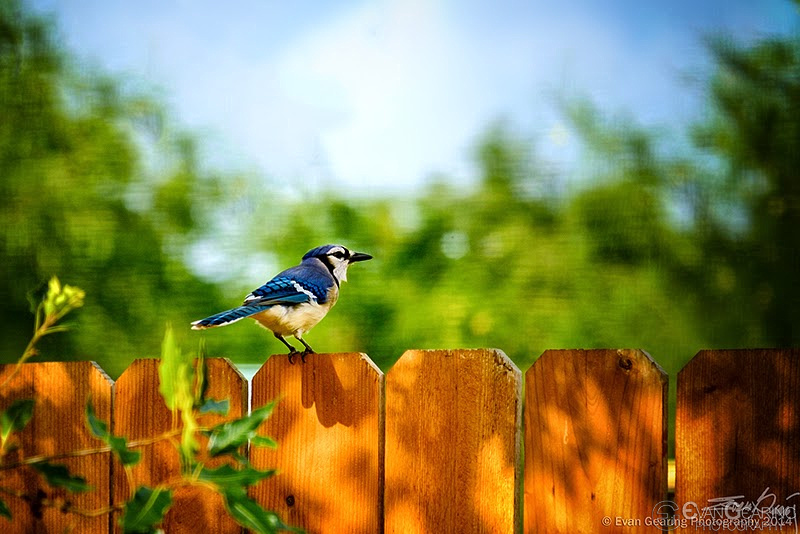