May 13, 2014  •  Leave a Comment
So if you follow my photography or my blog at all, you may be aware that I have decided to ditch all of my full frame Nikon gear for a new mirrorless camera, specifically the Fujifilm X-T1.  I have written about why I decided to change, but now that I have it, I thought I would jot a few of my thoughts down after playing with it this past weekend.  I don't want to write a full-blown review as that has been kind of done to death and I could not write a better one than most out there already, so I will keep it short and you can take away from that what you will. 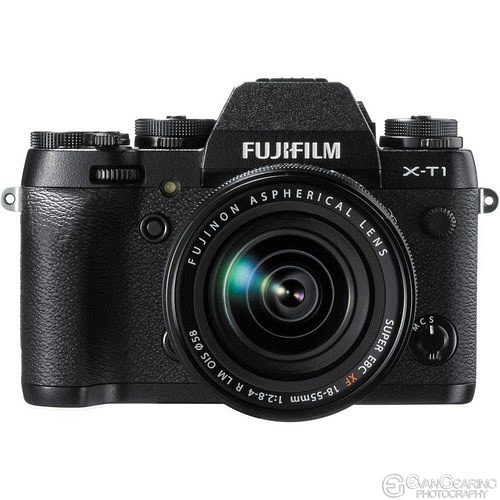 So, suffice it to say, I love this little thing!  It's made taking photos more fun than before.  I loved taking pictures with my Nikons, but I always kind of dreaded packing everything up and lugging it around most of the day because those DSLRs were so darn big and heavy.  Granted, it wasn't like carrying around a 40 pound bag of salt all day, but after carrying a few pounds of camera and lens around your neck for a few hours, it can begin to hurt.  Well, this little baby is so lightweight and comfortable, it's hardly noticeable.  And, the functionality of this thing is truely awesome!  Most of those functions have been written about in other reviews as I have said, so I am glad I took their recommendations and went with this camera.  I do have a few specifics that I'd like to point out, both what I like and what I don't like, and they are:

Likes:
- Electronic View Finder:
-- You can have the histogram in the EVF as you are composing the shot so you can see if you are
getting the light captured correctly
-- You can overlay a horizon level in the EVF instead of worrying about a bubble level on your
tripod or on the camera as an accessory that fits in the hot shoe or something
- The LCD folds out so you can get the camera in some very low spots and not have to look through
the viewfinder while composing
- Love the manual dials on top.. easy to see settings right away
- The Q menu which allows you to get to some frequently used settings fast without digging through
the actual menu system
- Film simulations such as Velvia, Black and White with Yellow filter, etc. and once selected you
can see that simulation in the EVF or LCD display as you are composing the shot
- Small size, light-weight and comfortable to hold
- WIFI connectivity with smartphone or other device so you can transfer images to the web or
control the camera with phone or tablet

Dislikes:
- No place to input copyright info onto resulting image files
- Need glasses for EVF
- Only 3-shot auto-bracketing and 1 EV apart at that

After all is said and done, I am really glad I got this camera and can't wait to use it on some exciting trips we have planned!  It's gonna be great!

Last Saturday morning, I just had to take the camera out for a spin.  I started out on S. 1st St and then made my way to the Hyatt Hotel.  I went there because I have seen other shots of Austin taken from that vantage point and it's someplace I always wanted to shoot from.  This view is from one of the ballrooms on the 17th floor and luckily when I got there, the room was open.  Some lady was decorating it for a batmitzvah.  I got in, spent a few minutes shooting and then got out.  Not sure if those rooms are always open, but I kind of doubt it.  Now, if I could just get up there at dusk or later, that would be very awesome!  Anyone out there have any connections?

As far as the image goes, this is really the first shot I have published from the new camera.  This is a raw file that I edited in Photoshop.  Photoshop's ACR now has the Fujifilm film simulations built-in so I converted it to Velvia, darkened the sky a bit with Nik Color Efex's Graduated Neutral Density and Polarization filters and then changed the color of the water from a nasty green to more of a blueish color using Nik's Viveza.  I think had this shot been taken during a better part of the day, the Velvia simulation would probably be all I would need.  But since it was in the middle of the day, I had to tweak it a bit.  Oh and one last thing, I used to have to always rotate the image during post because I didn't have them quite level, but this one I did not have to rotate at all and it turned out perfectly level, all thanks to the built-in horizon level in the EVF.  Just look at the buildings on the edge of the shot... Perfect!  Love it!