August 29, 2014  •  Leave a Comment
It's been quite a while since I've posted anything here on the blog.  Things have just been nuts recently, especially at work.  It's gotten to the point where I haven't really wanted to look at a computer monitor very much after work.  And of course to process pictures, one needs to be in front of a monitor.  Well, things are starting to let up a little at work, so now I don't feel quite the same about sitting at a computer after work.

With that being said, I thought I would post another shot from my time with Van and Chris Sutherland while we took pictures from the new boardwalk on Lady Bird Lake.

Like my last shot, it isn't quite after sunset when you can see the lights from the buildings in the city, but it is at a nice time as there is still a little activity on the lake with the boats and kayaks out there. 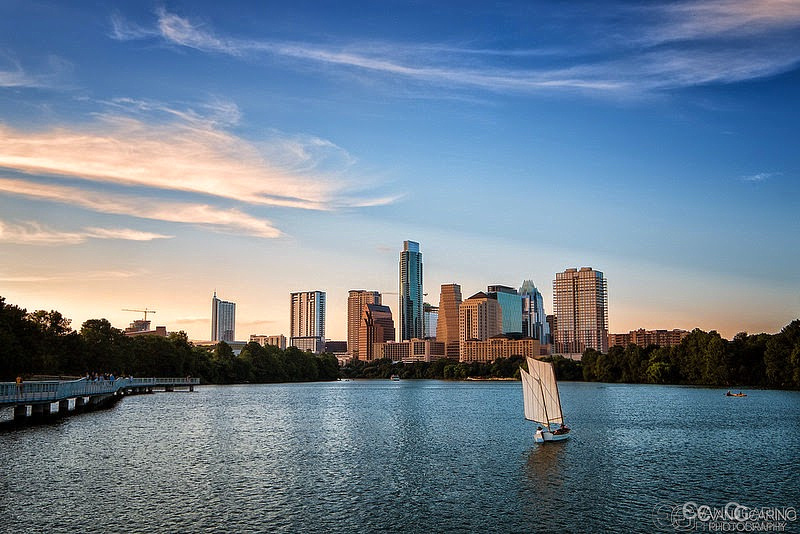