September 24, 2014  •  Leave a Comment
So this little critter is Moby Dick to my Capt Ahab.  You see, he's come around to our backyard bird feeder a few times, but whenever I try to snap a picture of him, he flies away.  Well, a few weeks ago I was able to get a somewhat decent snap of him.  Maybe I'll get a better one sometime, but he's rather elusive.  So, since he's mostly white, he's my Moby Dick!  I think this is some sort of blue budgie parakeet and I pretty much think he isn't native to Central Texas.  I'm guessing someone's pet in our neighborhood must've got away.  At least he's surviving because he's appeared a few times over a period of 3 - 4 months, at least.  Hope he makes it through the winter! 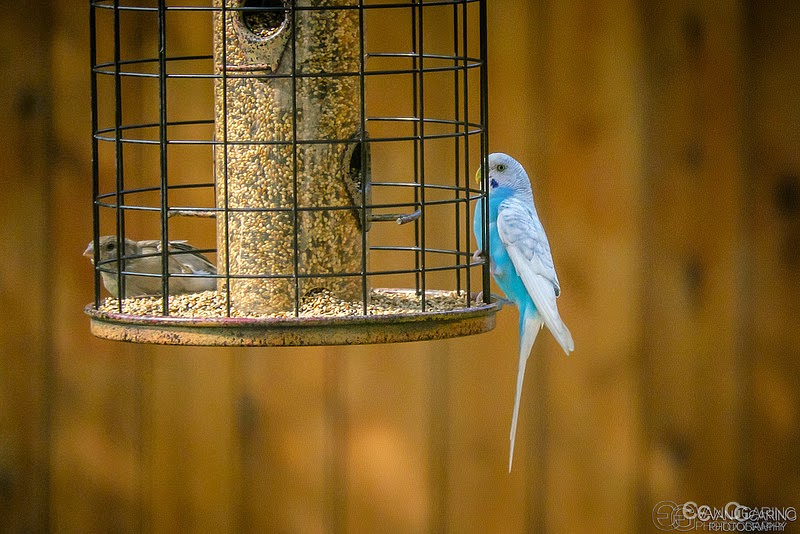