October 25, 2015  •  Leave a Comment
So here's a shot of Michael Vick throwing to maybe #84 all the way at the other end of the field from where we were sitting in the stands.  The shot may be just a tad noisy, but that's expected with a little 1/2.3 sensor in the DMC-FZ300.  I'm pretty happy with it overall.

This shot is a post-processed raw that I tweaked out a bit.  I took some of the noise out of the players but left it in for the field to keep a little texture in there.  I also adjusted the exposure, contrast, saturation and other stuff that one would normally do, even added a little vignette.

What do you think?

Hope you enjoy it and thanks for dropping by! 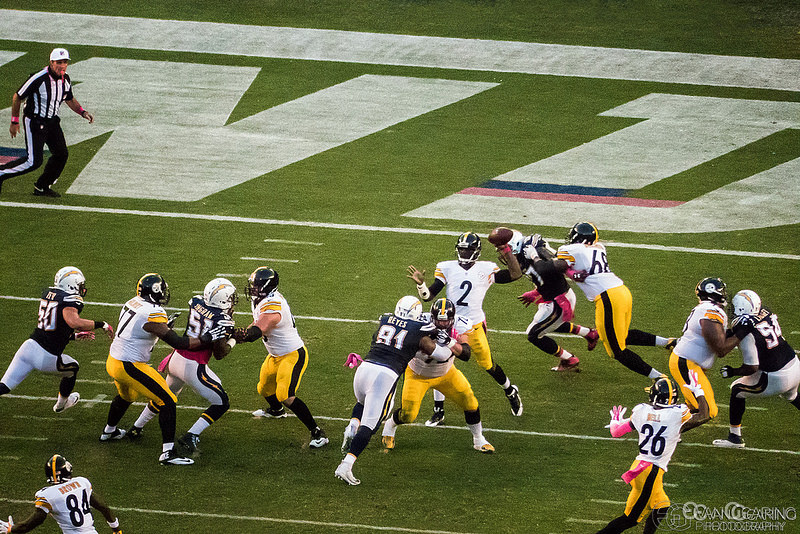