December 20, 2015  •  Leave a Comment
Today could be the last day the the San Diego Chargers play in San Diego.  It's totally understandable, too because that stadium sucks with a capital SUCK!  I'm sorry for the fans of San Diego because they would no longer have a local team. However, the Chargers need a decent stadium and Qualcomm is not very nice.  When we went to the Steelers v Chargers game, we had seats in the nosebleeds above one of the end zones. On the very last play of the game, the Steelers won on a touchdown run, but we missed it because we couldn't see the near end zone.  Why?  Because the stadium sucks!  It's time for a new one!

Anyway, here's a shot from when the Chargers kicked a field goal.  Whenever the Chargers score, they shoot off fireworks.  Kinda nice, but they really need a new stadium!

Enjoy the photo and thanks for dropping by.  Click here to see a high res version of the shot. 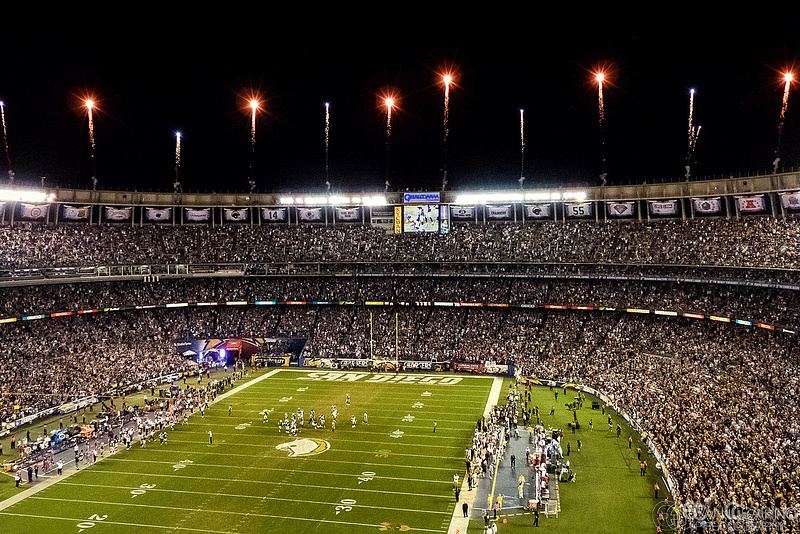