March 23, 2015  •  Leave a Comment
Baseball season, Major League Baseball season, will soon be here.  I think opening night is April 5th and opening day is April 6th.  So as an early commemoration for those dates, I thought I'd post a somewhat sort of baseball picture.  Technically it has nothing to do with baseball as this shot is really a shot of a bar atop a Hilton hotel in St Louis.  It's location however, has lots to do with baseball.  You see this bar is called the "360" and it's atop the Hilton St Louis at the Ballpark, right next to Busch Stadium, home of the St Louis Cardinals.  And, when I took this shot, I think it was game two of the National League Championship Series and the Cards beat the Giants 5 - 4.  The light coming from below in the shot are the lights from Busch Stadium itself and one gets an awesome view inside the park from this bar.  Pretty cool stuff! 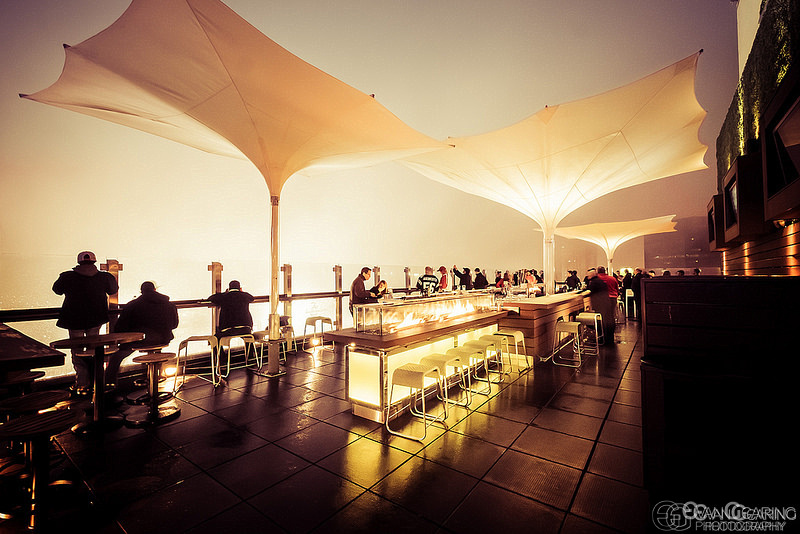