Yet Another Austin Skyline Shot

March 26, 2015  •  Leave a Comment
So, if you haven't seen enough shots of Austin's skyline, have I got something for you!  Here is yet another shot of Austin's skyline at dusk.  I took this shot with the newly totally retired Van Sutherland last August on the boardwalk that's on Lady Bird Lake.

Like my previous post, I exposure-bracketed this particular scene for a possible HDR image, but in the end I just used one exposure and tweaked it out in Photoshop.  You know, it seems the more photo processing software (Photoshop, Lightroom) evolves, the less one needs to do HDR as long as you are able to capture the shot you are looking for in the beginning, exposure-wise.  I find that I still bracket when I go on a shoot, but not too often anymore do I run the brackets through the HDR process.  I just now take one of the exposures and work on that and maybe blend in another darker or lighter exposure depending on the sky or a different part of the scene that I like.  I prefer the results a little better mostly.  That's not to say I won't do HDR at all anymore, but I just don't do it as often. 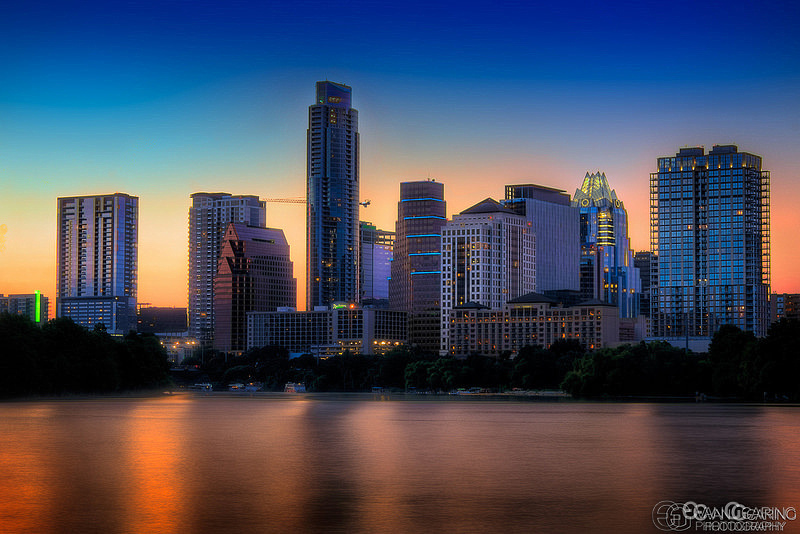