The Cubs made it to the National League Championship Series!  YES!!!  Let's hope they beat the snot out of either the Dodgers or the Nats.  We'll find out who the Cubs will play tonight!  When the Cubs do play whoever, gotta pray they do a lot of what Dexter Fowler is doing in this picture.

This was shot in the bottom of the first inning against the St Louis Cardinals on Sept. 23d, 2016.  Dexter Fowler scores on a wild pitch as Anthony Rizzo (bat in hand) watches with Cardinals pitcher Mike Leake in between trying to cover home plate. Cardinals catcher Yadier Molina chases the ball and Matt Adams tries to cover as well coming in from first base.  Cubs ultimately won 5-0!

Shot is a jpg straight from camera using classic chrome film simulation, cropped to get rid of distractions and a little added vignette in LR. 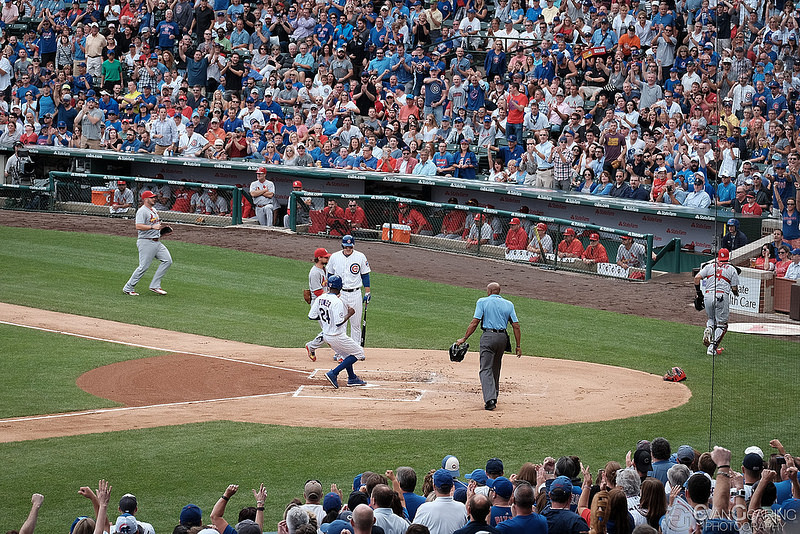