This is another shot of the Radha Madhav Dham temple.  I'm not sure if this is the back or the front of the building.  Since it has an entrance and a car port, I'm assuming it is the front, but you know what they say about those who "assume"...

Apparently this temple is known for its branch of the Hindu religion called Radha Krishna, started by Radha Madhav Dham.  I went inside shortly after I took this shot and spoke with a very nice lady who was the greeter and "concierge" for lack of a better term.  She had recently come over from Ireland about a year and a half ago.  She told me that the place had been built in 1995 and the property extends over 200 acres.  There are families living on the property as well.  There are what appeared to be dormitories/apartments as well as single family dwellings there.

As I have been saying, the place was rather interesting.  However, it also kind of gave me the creeps.  Something about the word "Krishna" I guess... I guess I always think of the cult "Hare Krishna" and the devotees I used to see in New Orleans and in airports..  Creepy for sure!  Is that wrong?  Maybe it's my ignorance on the Hindu religion or maybe this branch is a bastardized version of it.  I don't know, but maybe I shouldn't judge.  Anyway, I felt the creeps. Sorry.

I hope enjoy the photo and thanks for dropping by.  As always, click here to see the high-res version of the final image. 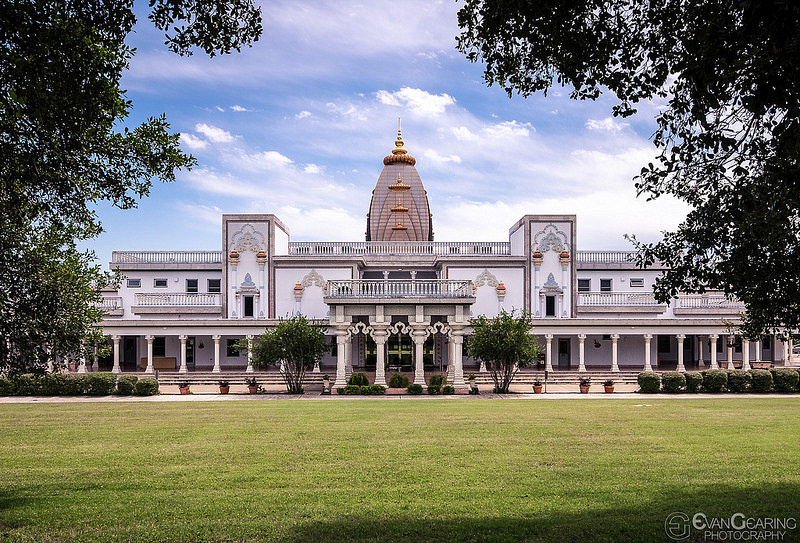