My favorite time of the year is almost upon us and that time is Football Season!  Part of it has already started, the college football part.  This past labor Day weekend was touted as the greatest opening weekend in CFB history because there were so many games between top-25 ranked teams and it didn't disappoint!  No 3 Oklahoma lost, No 5 LSU lost and so did No 10 Notre Dame!  It was awesome!  Plus my faves - the Michigan Wolverines - smacked Hawai'i 63-3.  Kinda awesome wouldn't you say?

The other part of football season is opening weekend for the NFL which starts this Thursday night.  Denver will play Carolina in a Super Bowl rematch.  That should be a great game as well!  Now that football is in full-swing, it means cooler weather is coming and we here in Texas can breathe a sigh of relief for getting through another hot summer.

To commemorate the beginning of football season, I thought this shot of a 60 yard field goal try by the San Diego Chargers from the game we went to last year would be a good one... I don't believe he made it by the way...

I used my Panasonic DMC-FZ300 because it has a full-frame comparable 600mm lens at the long end.  However, the sensor is pretty small so the shot is a bit grainy, but this shot is at mid-field and we were in the nosebleeds in the end zone, so I might take the trade-off. 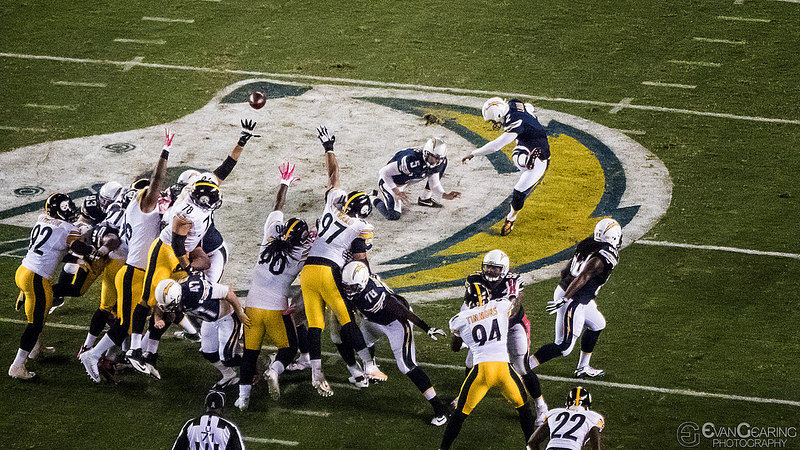