This tower is one of the places we stopped during our Grand Canyon tour in Arizona last month.

The following is from the National Park Service's website:

From Desert View, aptly named because of the views to the east of the Painted Desert, you can see the Colorado River make a big bend and continue to the west, the North Rim more than 10 miles away, and a panoramic view for well over 100 miles on a clear day.
The Watchtower dominates the near view. This structure was designed by Mary Elizabeth Jane Colter who is often referred to as the architect of the southwest. She traveled throughout the southwest to find inspiration and authenticity for her buildings. The architecture of the ancestral Puebloan people of the Colorado Plateau served as her model. This particular tower was patterned after those found at Hovenweep and the Round Tower of Mesa Verde. Ms. Colter indicated that it was not a copy of any that she had seen, but rather modeled from several. 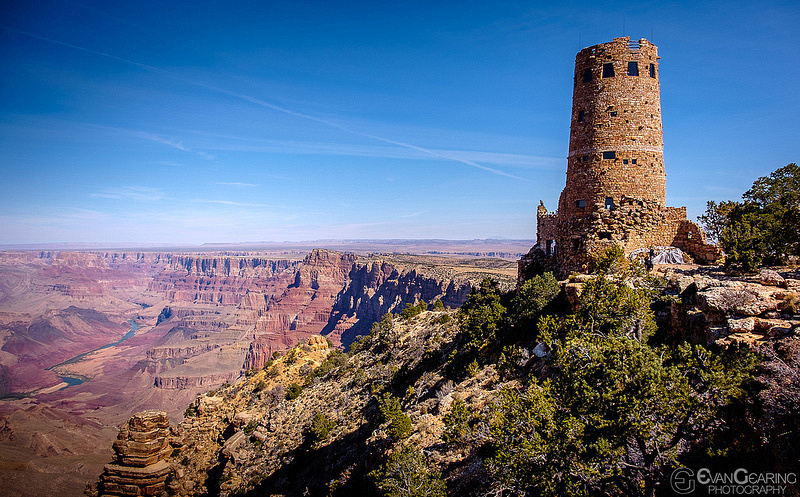