I think one has to be touched in the head a tad to do what this guy is doing.  But wow, it sure is fun to watch, especially if no one gets hurt.  I can't remember if he rode the bull for the full 8 seconds, but there were a couple of guys that did.  However, most of them got bucked off straight out of the chute.  If they don't get away quickly afterwards, then they were really bucked (rhymes with).

As far as the shot goes, it was rather dark in the arena even though it was lit.  I had to use 6400 ISO and with my slow f4.5-6.7 zoom, the shots came out pretty dark.  I had to do lots of Lightroom trickery to brighten it up and then used a new app called Noiseless by Macphun to get rid of all the horrible noise.  It worked pretty well, but it is not as tack sharp as I want.  I still like it, though.  Crazy how that bull can extend like that, right?!  Now, I just need a faster and sharper lens.  Anyone got a Fuji 50-140mm f2.8 they don't need for cheap? ;-) 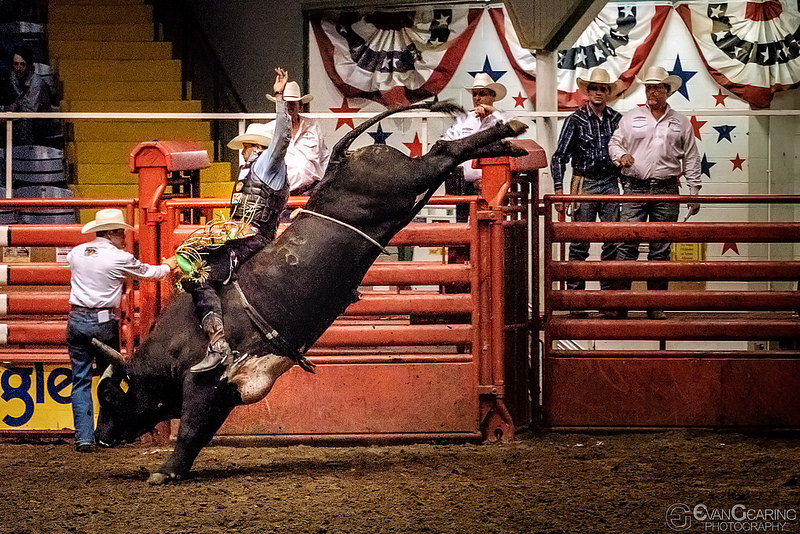