I'm enjoying the NBA playoffs but I'm torn as to who to root for.  On one hand, I really like the Spurs.  They are the closest NBA team to us and their organization is superb, esp with Pop as their head coach.  However, I also like the Warriors due to their fast-paced offense.

Now, that we have seen the Houston Rockets play the last two years, I'm beginning to like them, too.  James Harden of the Rockets is really becoming a superstar and his beard is making him one of the most recognizable players in the league.  Obviously that's who is getting introduced in this shot.  I took this just before the Rockets played the Pistons in Houston on April 7th.  BTW, the Pistons won, 114-109. ;-)

Since the Pistons didn't make the playoffs this year, I will have to say I will root for either the Rockets, Spurs or Warriors.  Just have to see how the attrition happens.  You'd think since I am a Pistons fan I would go for a team in the East but nope, I don't like any of them.  It's always whatever team LeBron is on anyway, so what's the point.  Not a big fan.  Go Western Conference! 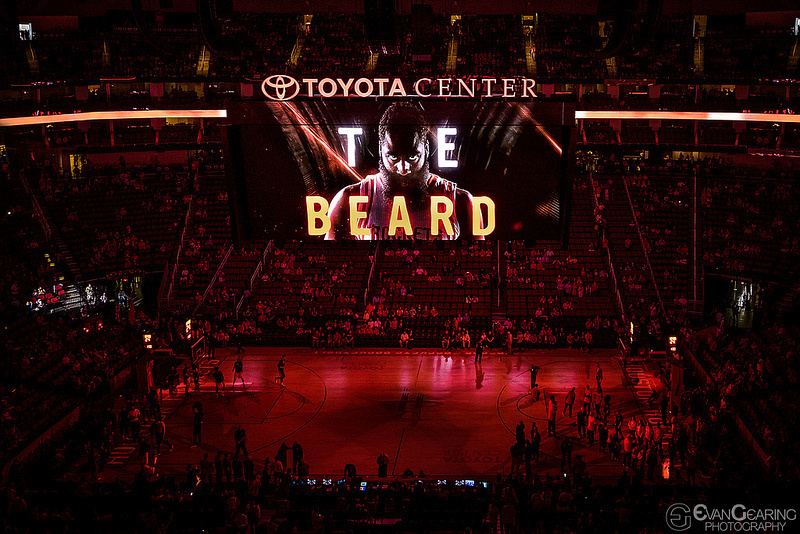