We were doing a little shopping in Paia on Maui when we got a hot tip from someone that there were sea turtles at Ho'okipa Beach just two miles away.  We had to check it out!  Sure enough, two of them were crawling up.  A crowd of people gathered and took their own pictures and when it got too crowded, we left.

There are sorts of rules for keeping your distance from these guys, but there were no signs at this beach regarding said rules like at other beaches in HI.

To get this shot, I just crouched down through the gathering throng and zoomed in.  I didn't want to get super close, so the tele-lens helped.

One lady that was there said that just a couple days prior there were so many on the beach that you couldn't tell the rocks from the turtles!

A photographer that took our anniversary pictures said that the reason the turtles come up on the beach is to warm up from being in the water at up to three weeks at a time, and to lay eggs of course.

Apparently they are called "green sea turtles" due to the color of the fat content underneath the shell. 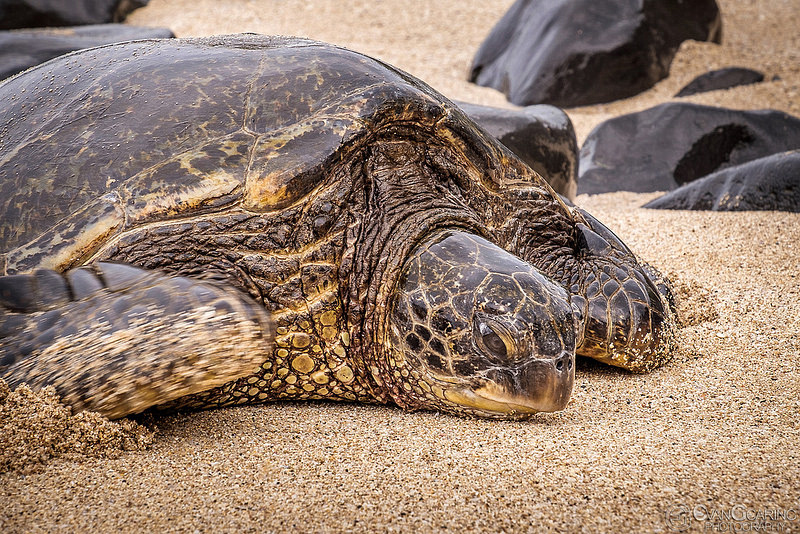