Yesterday I went over to an inland surf park just outside of Austin called of all things, Nland Surf Park!  Yes, there's no "I" at the beginning of the work Nland...  Anyway, it's a cool little place where they have set up this giant wave pool.  It has this pier that runs down the middle and some sort of mechanical plow thing underneath the pier travels back and forth from one end of the pool to the other and creates about a 3-6 foot wave that you can surf on.  I went out on the pier to get some pics of the surfers.  The experienced surfers stayed closer to the pier because that's where the wave is the biggest and then the students/beginners stayed a little further out where the wave isn't very big.

This guy here was one of the experienced ones and he was pretty good.  The lady here on the other hand was just a beginner and I think her goal was to be out there and look pretty.  Ah, that's sexist isn't it?  Well she was, but she at least was trying to learn how to surf...

One other thing about this place is that they have their own brewery.  I must say the Off Leash IPA is excellent!

As far as the picture goes, the water at this park had a yellowy brown color to it, so I took these into Photoshop and worked some Hue-Saturation-Luminance (HSL) trickery to get the water to look somewhat aqua-tourquoisey.  What do you think?

I hope you enjoy the photos and thanks for dropping by. 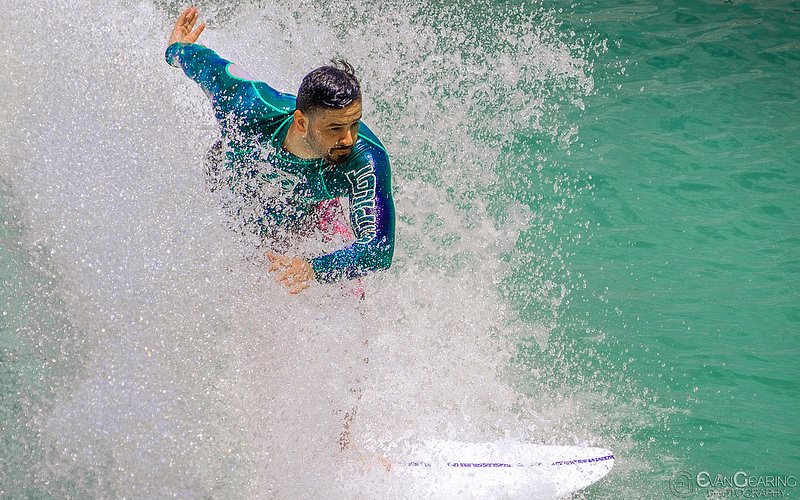 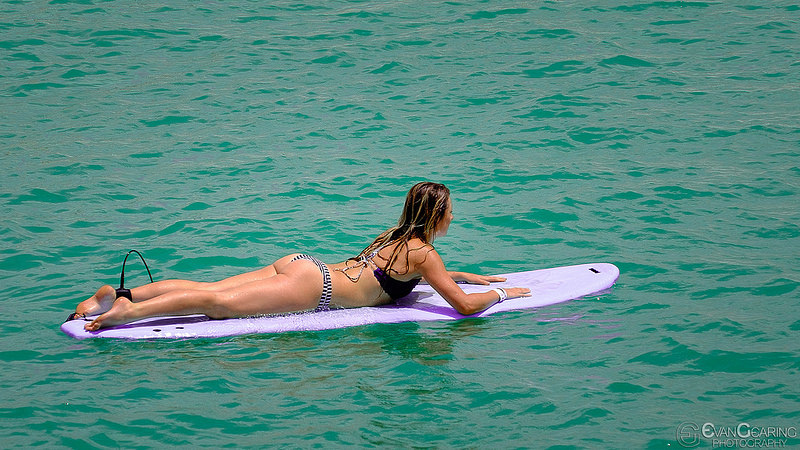